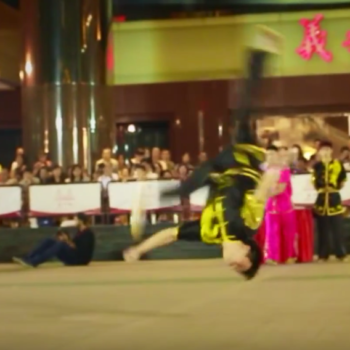 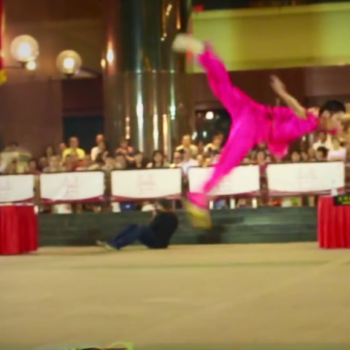 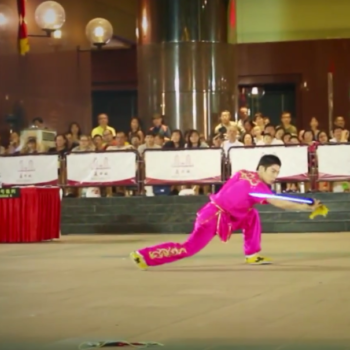 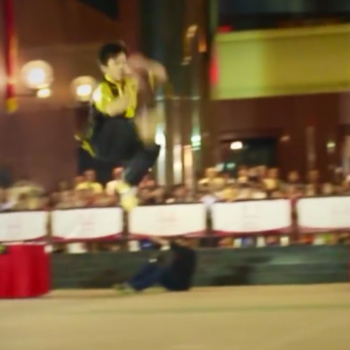 If you’re a 90’s kid, you may have watched the animated movie “Mulan”. In this flick, Li Shang taught his soldiers some Kungfu techniques. Thus, a lot of children who grew up in the 90s became interested in this martial arts. Parents enrolled their children to learn Chinese martial arts and lion dance.

However, Wushu performance is not just a simple fighting technique; it’s a combination of rhythmic action and martial arts. Wushu training focuses on power, agility, and graceful movements. The performer must associate flexibility with vitality, the speed with perfect techniques, and aggressiveness with easy execution.

Can You Use Wushu as Performing Arts?

Many people want to try Wushu performance to improve their overall health, speed, and balance. Some people want to learn these techniques for self-defense. However, martial arts are more than just a workout routine or a fighting technique. It can also be a performing art like mask changing.

As mentioned earlier, Wushu can be a rhythmic performance; therefore, it’s a dance of martial arts. Unlike Muay Thai where every move is deadly/out to kill or the ruthlessness of Krav Maga, Wushu performance can be a graceful consonance of elegance in martial arts.

There are several reasons why you should hire Lion Dance Singapore performers, and these are:

1. We Do Breathtaking Stunts

Wushu performers can blow your mind, especially if the audience are children. You will see how they jump high like they’re flying. If they are a group, you will be fascinated by how synchronized their movements are. Consequently, your audience will leave the venue with a smile on their faces.

If you’re celebrating the rich culture of Asia, then you should hire Wushu performers. Their presentation generally focuses on Asian history and culture. It will tell you a story on how the soldiers in medieval times used this technique in fighting their opponents like in old photos.

As for the young ones, they will be informed on how rich our culture is. They will also learn to love Wushu Singapore.

3. We Are Trained by Professionals

Doing Wushu tactics is not an inborn talent but a skill that you will learn. To make an outstanding performance, you need to be trained by a Wushu expert. However, learning these tactics would take years.

Like going to a regular school, you need to learn the basics. You need to spend months to learn the simple Wushu movements. When you’re done with that stage, that’s the only time you can proceed to the next level.

If you don’t have time to learn these tactics, then it’s best if you hire Chinese Kungfu performers. These people have done it for years. They have learned all Wushu methods and styles from their masters, from simple to complicated ones. All they need to do is to create a routine and perfect it.

However, it would still take months because they need to make sure that their stunts are flawless.

Our coaches are minimally national gold medalist calibre and actual gold medalist on the national level. In our team, we have an active international Wushu judge, who provides guidance for the young and aspiring.

4. We Perform on Special Events

Every Chinese New Year, we always see lion or dragon dance performers believe that it will take away evil spirits. Therefore, if you are planning to hire these people, you need to book them as early as you can.
But no matter how early are, there are times when you can’t find such performers because they are in-demand. If that’s the case, then you may opt for Wushu Singapore performers instead. As mentioned earlier, they also showcase China’s rich history. Hence, you will get the same excitement from them. In fact, your guests will enjoy watching them more because of their stunts.

Want to add an oriental flair to your event? Find out more about our Chinese Dance Performances here!

Kungfu display comes in a variety of styles and techniques that are grouped into categories. The first type is the weapon-play and bare-hand styles. It uses various weapons and is divided into flexible, short-range, double, and long-range arms.

Find out more about our Balloon Decorations for your event!

The second type is the one that implements a martial arts system. Meanwhile, one of the Kungfu styles is the drunken fighting technique, which was used in “The Drunken Master” movie.
A basic Wushu performance program shows eight major techniques, and these are:

1. Long-Fist – is a bout at the end of a person’s reach. It uses agile, quick, rhythmic movements, punctuated by spectacular and explosive jumping techniques.

2. Southern-Fist – also known as the “bridge” technique wherein a person throws a fist to block and to attack the opponent. It uses powerful hand attacks built on a steady stance work.

3. Staff-Play – known as the “Father of All Weapons”. This technique uses all sorts of martial arts fighting styles. It uses a semi-flexible wood, which enables the staff to smash it to the ground without breaking it.

4. Board-Sword-Play – is recognized as the “Marshal of All Weapons” as it was the basic mobilization of foot soldiers in medieval times. It uses explosive, quick movements, and wild ferocity which resembles an infuriated tiger.

5. Swordplay – also known as the “Gentleman of all Weapons,” it implements the same techniques used by the board-sword. The only difference is the control as you need to plan where and when to strike the opponent.

6. Spear-play – dubbed as the “King of all Weapons.” The spear has the widest reach among all weapons while the sharp edge provides killing power.

7. Southern Board-Sword-Play – is an extensive, single-edged sword that ranges from hand to ear when held. It uses swift and aggressive footwork of the southern-fist movement with thrusting and slashing strikes.

8. Southern Sword Play – is an elongated stick with semi-flexible wood that has a measure of the player’s height. It’s thicker than its counterpart as it is resistant to smashing attacks and direct blocks of the staff style.

Why Should You Learn the Wushu Techniques?

Now that you know the different Wushu performance styles, let’s focus on its benefits.

We all know that martial arts are popular in China as it is where it originated. But there are classes that offer wushu, Singapore has the best of them. Though the trainers are Singaporean, the methods taught in these schools are the same.

There are several reasons why you should take a class of . Here are some of them:

1. It Provides Strength to the Body.

Kung Fu positions improve muscle and leg strength as they require you to hold a particular pose for a longer period. Meanwhile, training enhances muscle stabilization. Styles that use weapons serve as weight bearing workout routines as they also build your back and arm strength. Hence, if done regularly, a person will develop a toned muscular body.

Wushu practices enhance a person’s flexibility compared to other martial arts. Chest, hip, back, calf, arms, hamstrings and shoulders are some of the body parts that are stretched in this routine. Even arms and wrists can achieve a good stretch!

While age and genetics affect the person’s flexibility, people who take this class for years are more flexible than others. In fact, they can execute a full split despite their age.

3. It Improves Your Balance.

Learning Wushu in Singapore can also enhance your body balance. It uses styles that require you to stand on one leg. Furthermore, it teaches you to find your center when doing swift traveling movements. All these stances do not only improve your overall well-being but also your balance.
After learning the art of Wushu stances, you could immediately gain back your balance if ever you trip while walking.

4. It Develops Hand and Eye Coordination.

Hand and eye harmonization are some crucial skills that we develop in our childhood years. We improved it when we were playing outdoor games with our friends. But did you know you could still enhance it more, even if you’re already an adult? You simply need to take a Wushu class.
Not only do these techniques teach you to fight your opponent, but it also shows you how to block their strikes. You can use these tactics every day, especially if you’re an athlete.

For instance, if you’re a baseball player and you’re about to catch the ball. Because of your hand and eye coordination, you could get the ball with just one swift try!

5. It Enhances Your Overall Stamina.

Stamina does not only refer to enduring an extreme exercise routine for hours, but it also denotes your mind strength and the way you cope up with stress. In Wushu programs, your body demands more from yourself as your body adjusts to the exercises. Consequently, your endurance will increase as you begin to use your mind and body as one unit. Furthermore, you will notice you have accomplished more things than you used to.

6. It Develops Your Reflexes.

Your body’s impulse is the result of your strength and coordination. But in this type of martial arts, your reflex will develop along with your speed and flexibility. This benefit is important if you were to have a fight as you can evade your opponent’s attacks. However, you can also use it for catching silverware if you drop it.

All these and more will be enhanced if you take classes of Wushu Singapore.